Going through some Star Tribune comments (Trolling for trolls..), I found this little gem.  I've seen variants of it elsewhere, but this is current and quite apt.

I found the death panel the fucking republicans were so worried about... it was in their own ranks, just as we all suspected.  (Full article here: http://www.foxnews.com/politics/2011/02/26/governor-cut-state-size/)

"Mr. Daniels has even waded into one of the most fear-inspiring subjects in politics—health-care rationing—by suggesting the government put limits on end-of-life care."

~Nic
Posted by Better Orange Than Dead at 12:10 PM No comments:

Why does this unicorn have a $500,000 portfolio?  And why does he hate that sea otter so much?

~Nic
Posted by Better Orange Than Dead at 3:46 PM No comments: 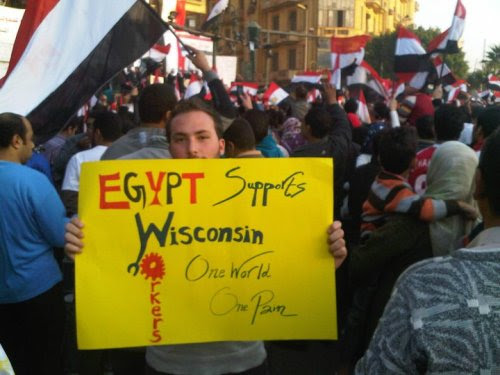 Kudos to the generation just after me for finding your balls.
You've got a long ways to go, but it's a good start.
You're an inspiration.
~Nic
Posted by Better Orange Than Dead at 9:09 PM No comments:

"Sears is currently offering giant posters of total nud**y on its website. Sears knows they are selling smut. Technology allows Sears to remove and stop selling these posters within minutes, so why won't they? "
"... engaged in ***ual activities."

(Maybe because business, and people alike are getting fucking sick of you knuckle dragging idiot terrified-of-everything christian fuckoffs strong-arming your ridiculous "moral" standards down their throats.  Go hump a fetus.  What's that?  You're a catholic priest?  Oh, ok.. give the fetus a few years.)

***ual, Nud**y?  Ar* y** fucking seri**s?  I've never really understood the concept of using *'s for censorship.  I've done it -- I used to self-censor to not offend some of the people who read this blog (and my facebook posts) until I decided.. fuck it -- but it's stupid.  It's not like we don't know what's hiding behind those not-so-ambiguous asterisks.  Give it up.  The US has moved past being afraid of nudity, profanity and other such arbitrarily "indecent" or "immoral" things (not to mention we've also decided that interracial marriage, homosexuality, divorce, and though in a bit of a regressive pattern, abortion won't destroy the "fabric of morality".. I guess you cocksuckers can't really lose something you never actually had..  Keep preaching how "desegregation has destroyed our public school system".  You are terrible people.), you fucking lose.

~Nic
Posted by Better Orange Than Dead at 8:33 PM No comments:

OK -- Donald Trump spoke at CPAC the other day.. announcing a possible run in 2012.  It was a fairly good speech, given that he clearly knows very little about politics.  Watching, it also became glaringly apparent that he also doesn't seem to know much about trade/economics.. But... but I mean, he's a billionaire!!  how can that be??  I don't know, I almost fell out of my chair laughing at his misunderstanding of some very basic, fundamental trade/econ jargon:

(The above quote may be from another interview, or from CPAC; the site wasn't clear, but it read how I remembered him speaking in the CPAC thing) He proceeded to talk about promoting fair trade... (Even more bizarre).

I feel like if I explain it, I'll give it away.  Your assignment: find out why his paragraph quoted above contradicts itself.  I can say that it's quite possible he knew exactly what he was saying, and was pandering to "free trade" idiots who don't know their head from their ass..  As a matter of fact, I hope that's the case.  Either way, comments are open on this post.

Hint:  Don't get me wrong -- I am not necessarily against protectionism, as described by Trump.

Note: If you post saying how there's no contradiction, and I am in a good mood, I will do you a favor and just delete your message.

~Nic
Posted by Better Orange Than Dead at 6:00 PM 1 comment: